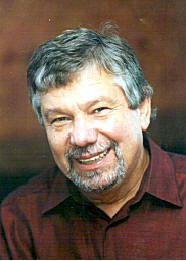 László Dubrovay (born 1943), after graduating from the Academy of Music in Budapest, continued his study of composition between 1972 and 1974 in Germany on a DAAD scholarship as a pupil of Karlheinz Stockhausen and, in the field of electronic music, with Hans-Ulrich Humpert. In 1975, in response to a commission from the Westdeutscher Rundfunk, he composed his electronic work entitled Sóhaj (Sigh). Apart from the WDR, he also worked in electronic music studios in Freiburg, Berlin, Lüneburg, Stockholm, Bourges and Budapest. Since 1976 he has taught at the Ferenc Liszt Academy of Music, Budapest. In addition to his electronic and computer works he has composed an opera; two ballets; 32 works for symphony orchestra and 13 for wind orchestra, choral works, chamber music and solo pieces. Several of his compositions have won prizes in inter national competitions, and many recordings of his music have been made by Hungaroton.