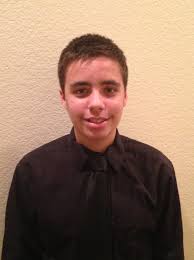 Kurtis is a student at Damonte Ranch High School in Reno, Nevada, where he participates in wind ensemble, drumline and the 4-time nevada state champion marching band. While clarinet is Kurtis’ primary instrument, he also learned to play some trombone, piano, and various other instruments for drumline.

Kurtis’ participation in the Damonte 2016 Winter Drumline allowed him to play a variety of instruments which contributed to a greater musical understanding in relation to his musical compositions. Kurtis has also participated in the UNR Lake Tahoe Music Camp for two years.

As a seventh grade student Kurtis wrote his first work (Lightning Strike) playable for band, which was sight read by the Depoali Advanced Band. Then as an eighth grade student, Kurtis wrote another composition (Extent), which was performed at a Zone Concert by the Depoali Advanced Band. In middle school Kurtis also played alto saxophone in the jazz band for two years.