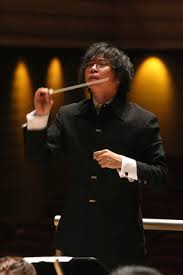 The volcanic eruption of Mount Krakatoa, situated off the west coast of Java (Indonesia) in 1883, was one of the deadliest disasters of the 19th century. This tone poem is in three broad sections. It begins with an aleatoric prologue of woodwind solos evoking the memories of the lost, before the appearance of a more cheerful section representing the daily life of the coastal villagers. A reflective folk-like tune, with somber foreshadowing of small seismic activity in the background, serves as closure to the first part. A percussive passage begins the next section, creating the tension of increasingly intense eruptions before arriving at a huge fugal sections amidst the presence of a tsunami and pyroclastic surges, and ending with a final explosion that would have shattered the eardrums of survivors. The final part of the work is an elegy in memory of the cruel tragedy, before ending with an epilogue of a new active volcano replacing the former one, aptly named the “Child of Krakatoa”.