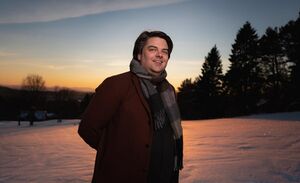 Arnesen is mostly known for his choral compositions, both a cappella, accompanied by piano or organ, or large-scale works for chorus and orchestra. He has received wide notice with his choral works that has been performed by choirs all over the world.

His first CD album "Magnificat" was nominated for GRAMMY Awards 2016 in the category Best Surround Sound Album. His "Cradle Hymn" was a part of the regional Emmy Prize winning show "Christmas in Norway."

Kim Arnesen is an elected member of the Norwegian Society of Composers.