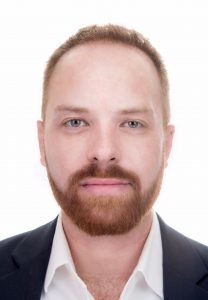 Kevin Wilt (b. 1984) is an American composer and educator.

He recently composed AutoBonn for Michael Francis and The Florida Orchestra in honor of Beethoven’s 250th birthday. He was a recent resident at the Millay Colony for the Arts, and winner of the Music Teachers National Association Commission in Florida. He won the Fresh Squeezed Opera Call for Scores with his chamber opera Prix Fixe, and the Musical Chairs Chamber Ensemble Composer Search.

Kevin was named a finalist for 2014 ASCAP/CBDNA Frederick Fennel Prize, a finalist for the American Prize in both the band and chamber music categories, a finalist in the Musical Chairs Chamber Ensemble Composers Search, and was awarded second place in both the Van Galen Prize and SHUFFLE Concert Competitions. In 2013, he was awarded a grant by the Atlantic Coast Conference Band Directors Association to create Urban Impressions, a new multi-movement work for large wind ensemble. In 2012 he was named as a semifinalist in the Midwest division of the Rapido! composition contest, resulting in a world premiere performance of Elemental Dances by the Fifth House Ensemble. Other recent performances include those by wind ensembles and orchestras from such institutions as Michigan State University, Indiana University Jacobs School of Music, University of Kansas, and the Metropolitan Wind Symphony.

Dr. Wilt is equally at home composing for film and television, providing scores for many locally producedfilms, earning him a Michigan Emmy® Award Nomination for Best Musical Composition. Recent projects include The Wars of Other Men, featuring a score conducted by Wilt, recorded at Aashrum Studios in Metro Detroit. In 2011, Wilt recorded a score composed for string quartet for the short film Renegade, produced by Riot Enterprises, Jonathan West, director.

Dr. Wilt currently serves as an assistant professor of music and composer-in-residence at Florida Atlantic University in Boca Raton.