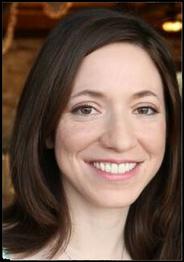 Karen Kachelmeier Robertson (b. 1987) is an American composer, educator and performer.

Ms. Robertson is a graduate of the University of Texas at Austin, where she was a member of the wind ensemble and Longhorn Band. Graduating with a degree in music education in May 2010, Karen is currently in her ninth year of teaching. She spent eight years as a band director at Wiley Middle School in Leander, TX, and is now [2019] teaching piano, music theory, and music composition at Cedar Ridge High School in Round Rock ISD. Her primary instruments are the clarinet and piano, and she regularly performs with the Cedar Park Winds, who recently had a performance at the 2017 Midwest Band Clinic in Chicago, Illinois. She is a member of several professional organizations, including the Texas Music Educators Association (TMEA), the Texas Bandmasters Association (TBA), and The American Society of Composers, Authors and Publishers (ASCAP).

Karen studied composition at UT-Austin with Professor Donald Grantham. Among her original compositions are Into the Unknown (2017), which received "Honorable Mention" in the 2018 Female Band Composition Competition, Yosemite Sunrise (2016) premiered by the Cedar Park Winds, Clarinet Cafe (2012) performed at the Seattle Western International Band Clinic, and many more.