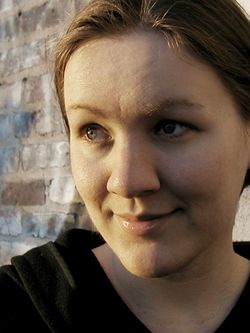 Kala Pierson (b. 1977) is an American composer and sound artist.

Ms. Pierson's music has been performed in more than 30 countries on six continents, widely awarded and commissioned, and published by Universal Edition. She has initiated many international projects and appeared as a guest composer or lecturer at schools in four countries. She represented the U.S. in the Swedish government's 2015 KIM grant exchange, meeting with leading Swedish musicians and working as a composer in residence at the VICC / ISCM Gotland Section.

Her awards include those from the Mauricio Kagel International Composition Competition; New Music USA; American Composers Forum; Meet the Composer; ASCAP; and the Austrian, German, Serbian, and Swedish ministries of culture.