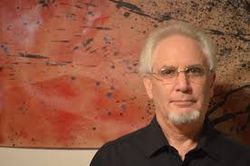 Lawrence Siegel completed his doctorate at Brandeis University; he was active with Boston’s Composers In Red Sneakers and is a three-time fellow at the MacDowell Colony. His Kaddish (three movements of which were arranged by Rebecca Noyes), was commissioned by the Cohen Center for Holocaust Studies at Keene State College to commemorate its 25th anniversary.

The composition consists of fifteen movements for chorus, soloists and chamber orchestra, and much of the text that Siegel sets originates in interviews conducted with Holocaust survivors (as in the sixth movement, My Daughter’s Name is Raysha.) The twelfth movement, Litany, is comprised of spoken recitations of the names of Holocaust victims, followed immediately by the traditional Kaddish Prayer, which Siegel sets to a simple, almost plaintive tonal accompaniment.

One of Siegel's most acclaimed works, Kaddish, is an oratorio with a libretto drawn from the testimonies of survivors of the Holocaust. Kaddish was commissioned by the Cohen Center for Holocaust and Genocide Studies at Keene State College in New Hampshire, where it debuted in 2008. Following its world premiere by VocalEssence in Minnesota in 2008, Kaddish was performed by the Houston Symphony in 2010, and by the Jerusalem Symphony at Yad Vashem, on the Mount of Remembrance in Jerusalem in 2011, as well as on college campuses nationally.