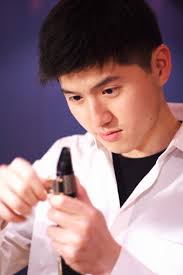 So Ka-wai obtained both his undergraduate and M.Phil degree at Hong Kong Baptist University, majoring in music composition under the supervision of Prof. Christopher Keyes and Dr. Christopher Coleman.

So Ka-wai is one of the Hong Kong composers focusing on wind band music. So has received several commissions, including "Four Supernatural Constellations", "The Utterance of Wind" and saxophone concerto "Infatuazione".