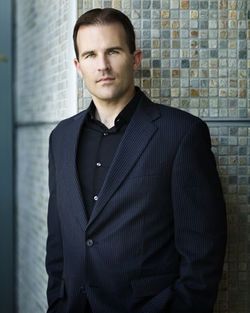 Justin Freer (b. 1980, Huntington Beach, Calif.) is an American compose and conductor.

Mr. Freer earned both his B.A. and M.A. degrees in Music Composition from UCLA, where his principal composition teachers included Paul Chihara and Ian Krouse. In addition, he was mentored by legendary composer/conductor Jerry Goldsmith.

Continually composing for various different mediums, he has written music for world-renowned trumpeters Doc Severinson and Jens Lindemann, and continues to be in demand as a composer and conductor for everything from orchestral literature to chamber music at some of the most well known concert halls, festivals, music clinics and conventions in the world. Major League Soccer called upon Freer to compose and conduct music for the 2011 and 2012 Major League Soccer Championship Cups in Los Angeles, CA. He has served as composer for several independent films and has written motion picture advertising music for some of 20th Century Fox Studios’ biggest campaigns including Avatar, The Day the Earth Stood Still, Dragonball Evolution and Aliens in the Attic.

Freer has been recognized with numerous grants and awards from organizations including ASCAP, BMI, the Society of Composers and Lyricists and the Henry Mancini Estate. He is the Founder and President of CineConcerts, a company dedicated to the preservation and concert presentation of film, TV and media music set to picture with whom he has produced, curated and conducted full length music score performances live with film for such titles as Gladiator, The Godfather, Breakfast at Tiffany’s and It’s a Wonderful Life. He also spent several years as one of the principal conductors for The Lord of the Rings Trilogy In Concert and is scheduled to conduct the European concert run of Titanic.