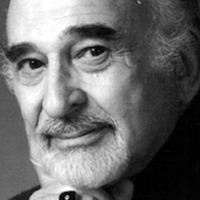 He has performed for more than 25 years as a professional violinist and violist with leading orchestras, including the Wichita Symphony Orchestra, the Rochester Philharmonic, and the Hartford Symphony Orchestra. He has also performed with several chamber ensembles and has conducted numerous orchestras. The Wichita public schools commissioned him to write a Bicentennial cantata for orchestra, two choirs, four bands, and narrator.

Missal is listed in Who's Who in America, Who's Who in the Southwest, Who's Who in American Art, and in music and art reference books. Author of numerous articles on music and art published in periodicals nation-wide, he is also author of five modern-day circus adventure novels and two sci-fi novels for young adults. After retiring in 1970, he and his wife opened an art gallery in Connecticut. In 1976 they moved the gallery to Scottsdale, Arizona. They retired from the art business in 1984. The Arizona Republic has described Missal as a "Renaissance Man."