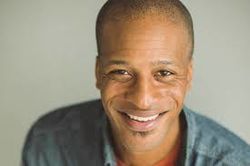 A self-proclaimed "late bloomer" in the composing scene, Phillips is no newcomer to musical accomplishment, starting with his undergraduate music degree from the University of Maryland-College Park (later earning a master's in composition from Stephen F. Austin University). After undergraduate studies, Phillips moved to Bellevue, Washington, to teach high school music. Teaching International Baccalaureate (TB) music and leading an award-winning band program, he earned an Educator of the Year award from the city of Bellevue.

The compositions of Joseph C. Phillips Jr. are not limited or defined by any one genre but rather are an amalgamation, transmuted into a singular and individual style. Phillips calls his style, mixed music; the term is inspired by mixed race people who have traits and characteristics that come from each individual parent, from the melding of the two, and their own uniqueness. Mixed music is an organic fusing of various elements from many different influences, forming compositions that are personal, different, and new.

He has received a Brooklyn Arts Council Arts Fund grant, NewMusic USA project grant, a American Composers Forum Jerome Foundation grant for New Music, a Meet the Composers Creative Connections grant, an American Music Center CAP grant, and was one of the finalists for both the Sundance Institute Film Composers Lab Fellowship and the Opera Company of Philadelphia Composer-in-Residence.

In addition to the worldwide performances of his works, including the Steve Reich Festival in The Hague, Netherlands, new works have been commissioned by the Brooklyn Academy of Music (BAM) Next Wave Festival, the Kaufman Center and Ecstatic Music Festival, Maffei Dance Company, and a number of other musicians and ensembles.

The recording of his mono-opera The Grey Land, exploring universal themes of acceptance, ostracization, authenticity, and identity centered around intractable issues of race, class, and power in American society was released in November 2020.