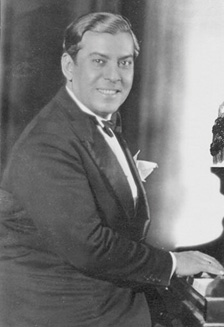 Padilla received his music training at the Conservatory of Madrid with José Rivera. He was widely known in his native country for his operettas and incidental music for the theater.

During the 1920s, Padilla spent a great deal of time in Paris, where he wrote two operettas and a number of songs. His song Valencia has become an unofficial national anthem in Spain. In the United States, his fame rests solely on the composition El Relicario.