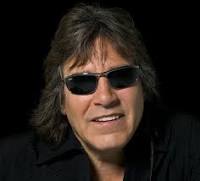 Left permanently blind at birth as a result of congenital glaucoma, Feliciano was first exposed to music at the age of three; he would play on a tin cracker can while accompanying his uncle, who played the cuatro. When Feliciano was five, his family moved to Spanish Harlem, New York City, and at nine he played the Teatro Puerto Rico in The Bronx. Feliciano started his musical life playing the accordion until his father gave him, in a brown paper bag, his first guitar. He would play his guitar by himself in his room for up to 14 hours a day, and would listen to 1950s rock'n'roll, records of classical guitarists and jazz players. Andrés Segovia and Wes Montgomery were among his favorites. Feliciano later had classical lessons with Harold Morris, who had been a student of Segovia. In a 1969 interview, he also mentioned soul music in general, and Ray Charles in particular, as influences on his singing.

At 17 he quit school to play in clubs. He had his first professional, contracted performance in Detroit. In 1963, after some live performances in pubs and clubs around the U.S. and Canada, he was signed by Jack Somer, an executive at RCA Victor. In 1964, he released his first single, Everybody Do the Click. After two more successful albums, Feliciano, now a household name all over Latin America, moved to Los Angeles. There he recorded the Doors' song Light My Fire in a Latin style and released it as a single. On the strength of this success, Feliciano won two 1969 Grammy Awards for Best New Artist of the Year and Best Pop Song of the Year, bringing him worldwide recognition as a pop star and stylistic leader because of his "crossover" from Latino music to English-language pop rock.

On October 7, 1968, at the height of protests against the Vietnam War, Feliciano was invited to perform "The Star-Spangled Banner" at Tiger Stadium in Detroit during Game 5 pre-game ceremonies of the 1968 World Series between the Tigers and the St. Louis Cardinals. His personalized, slow, Latin jazz performance proved highly controversial. In an October 2006 NPR broadcast, he expressed pride at opening the door for later interpretations of the national anthem. His World Series rendition, which features him accompanying himself on an acoustic guitar, was released as a single that charted for five weeks on the Billboard Hot 100, peaking at #50.

In 1970, Feliciano wrote and released an album of Christmas music, Feliz Navidad. The title song has been covered by many artists, becoming a traditional part of the musical landscape in the U.S., Canada and Latin America at Christmas time. Feliz Navidad is recognized by ASCAP as one of the 25 all-time most-played Christmas songs in the world.

During the 1980s, record companies recognized his primary affinity for the Latin market, and he began recording an impressive number of hit records for that market.