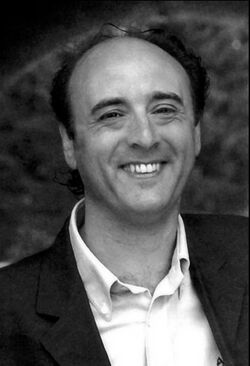 Mr. Egea holds a degree in trumpet and a degree in composition, choir conducting and orchestra from the Conservatorio Superior de Donostia. He obtained a Certificate of Advanced Studies in orchestral conducting from the Royal Academy of Music in London, and graduated as a special student in orchestral conducting from the Manhattan School of Music in New York. He has studied piano, violin, sociology of music and contemporary composition, jazz, electroacoustics, computer music and film music.

Since 1986 he has been the director of the Instrumental Group of the Pyrenees. In the period 1991-92 he was principal guest conductor of the Manhattan Contemporary Ensemble, followed by the position of assistant conductor of the National Orchestra of Spain and head of studies of the Escuela Superior de Música "Reina Sofía " (1993-1994). In 1993 he created the instrumental group Finale (1993-2000).

As a composer he has received several music awards for band, orchestra and choir. His march Picadilly Circus, Amand Blanquer Prize (Alcoy, 1991) represents an innovation in the field of Moorish and Christian marches, because it fuses the traditional music of the marches with jazz melodies and American popular music.