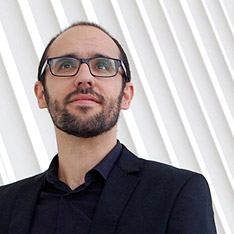 José Ignacio Blesa-Lull (b. 1984, Llíria, Valencia, Spain) is a Spanish composer and conductor.

Blesa-Lull finished his studies at the High Conservatoriums of Valencia and Castellón, where he earned degrees in composition, conduction, clarinet, musicology and musical education. also, he got the special prize for his composition studies. He completed a master's in wind conducting in 2020 and conducted the bands as graduate teaching assistant at University of Massachusetts Amherst.