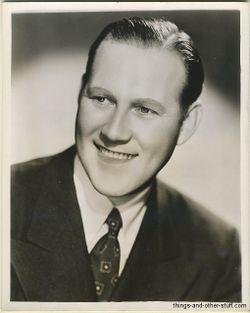 John T. (Johnny) Warrington (17 May 1911, Collingsworth, New York – December 1978) was an American arranger, conductor, and music director. He began the study of piano and saxophone at age six. He received a degree in civil engineering from Duke University, where he also studied harmony, theory, and counterpoint.

Warrington's wide music experience included work as an arranger, as music director of radio station WCAU in Philadelphia, as a conductor for the American Broadcasting Company radio network in New York, and as arranger for several publishers. The bands for which he arranged include those of Tommy Dorsey, Lionel Hampton, Les Elgart, Lawrence Welk, and Henry Mancini. He was also director of the Ocean City (New Jersey) Pops Orchestra.

Warrington, who composed under his own name and the pseudonym Raymon Fuentes, died in December of 1978.