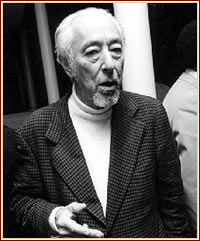 A graduate of McBurney School in New York, NY, and Colgate and Columbia Universities, Marks later studied in Paris. He earned a Bronze Star and four Battle Stars as a Captain in the 26th Special Service Company during World War II.

In addition to his songwriting, he founded St. Nicholas Music in 1949, and served as director of ASCAP from 1957 to 1961. In 1981, he was inducted into the Songwriters Hall of Fame.

Although he was Jewish, Marks specialized in Christmas songs and wrote many holiday standards, including Rudolph, the Red-Nosed Reindeer (a hit for Gene Autry and others), Rockin' Around the Christmas Tree (a hit for Brenda Lee), A Holly Jolly Christmas (recorded by the Quinto Sisters and later by Burl Ives), Silver and Gold (for Burl Ives), and Run Rudolph Run (recorded by Chuck Berry).