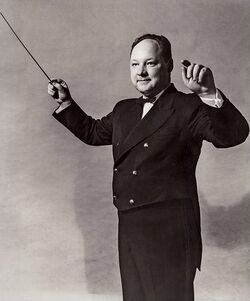 He also served the School of Music as professor of conducting, taught courses in conducting and band arranging, and conducted many University's musical productions, including the famed "Waa-Mu Show." Under Paynter's direction, the Northwestern "Wildcats" Marching Band, Symphonic Wind Ensemble, Concert and Symphonic Bands have ranked with the finest of the country.

Mr. Paynter was awarded many awards and honors from distinguished societies. In addition, in August, 1987, he was chosen as one of the inaugural recipients of the Northwestern University Alumni Association Excellence in Teaching Award. In June of 1992, DePaul University awarded him an honorary doctor of humane letters degree.