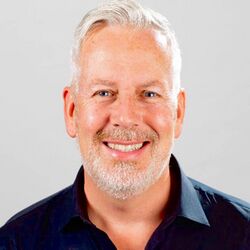 John P. Lynch (b. 1963, Jeffersonville, N.Y.) is an American composer and band director.

After his position at the University of Georgia, Lynch served as director of bands/wind symphony conductor at Sydney Conservatorium of Music, The University of Sydney, Australia. In 2021 he became a freelance conductor/composer/teacher based in Madison, Wisconsin.

Dr. Lynch is the winner of the William Revelli Award and is the national recipient of the Stanbury Award for outstanding teaching and conducting. Lynch is a member of the International Symphonic Conducting Workshop in the Czech Republic and has been a finalist in the Hungarian Radio Conductors Competition. Ensembles under his direction have performed throughout the United States, Canada, France and Central Europe, and his performances have been broadcast throughout Chicago on WFMT and Georgia on Peach State Public Radio. Recent conducting invitations include the Midwest Band and Orchestra Clinic, Bands of America, International Wind Band Festival in La Croix, France, and the Louisiana and Oklahoma All-State Bands. Dr. Lynch has been named a Searle Junior Fellow for teaching excellence at Northwestern University and was a member of the prestigious Emory Scholars Committee.

Dr. Lynch is an active clinician, guest conductor, and composer. He has been published in "Teaching Music Through Performance in Band." He is a strong advocate for new music, having received grants to travel and research contemporary compositions in Scandinavia, Spain, and Portugal. He has commissioned and premiered several works and has recorded two compact discs. Professional affiliations include the College Band Directors National Association; World Association of Symphonic Bands and Ensembles; Music Educators National Conference; Conductors Guild; and the Association for Supervision and Curriculum Development.