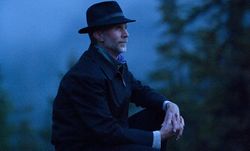 Adams began playing music as a teenager as a drummer in rock bands. He attended the California Institute of the Arts as an undergraduate in the early 1970s, studying with James Tenney and Leonard Stein, and graduated in 1973. After graduating, Adams began work in environmental protection, and through this work he first traveled to Alaska in 1975. He moved to Alaska in 1978 and lived there until 2014. He now splits his time between New York and the Sonoran Desert in Mexico, though his time in Alaska continues to be a prominent influence in his music. From 1982 to 1989, he performed as timpanist and principal percussionist with the Fairbanks Symphony Orchestra and the Arctic Chamber Orchestra.

Adams's composition work spans many genres and media. He has composed for television, film, children's theater, voice, acoustic instruments, orchestra, and electronics. From 1998 to 2002, Adams served as associate professor of composition at Oberlin Conservatory of Music.