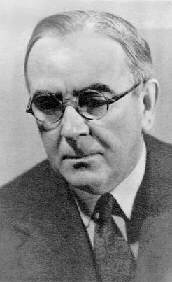 Ireland entered the Royal College of Music in 1893, studying piano with Frederic Cliffe, and organ, his second study, under Walter Parratt. From 1897 he studied composition under Charles Villiers Stanford. In 1896 Ireland was appointed sub-organist at Holy Trinity, Sloane Street, London, and later, from 1904 until 1926, was organist and choirmaster at St Luke's Church, Chelsea.

Ireland began to make his name in the early 1900s as a composer of songs and chamber music. His Violin Sonata No. 1 of 1909 won first prize in an international competition organized by the well-known patron of chamber music W. W. Cobbett. Even more successful was hisViolin Sonata No. 2, completed in January 1917. The work was enthusiastically reviewed, and the publisher Winthrop Rogers offered immediate publication.

Ireland frequently visited the Channel Islands and was inspired by the landscape. In 1912 he composed the piano piece The Island Spell (the first of the three pieces in his set Decorations) while staying on Jersey, and his set of three pieces for piano Sarnia: An Island Sequence was written there in 1940. He was evacuated from the islands just before the German invasion during World War II. From 1923 he taught at the Royal College of Music, retiring in 1953.

The majority of his output consists of piano miniatures and of songs with piano. His best-known works include the short instrumental or orchestral work The Holy Boy, a setting of the poem Sea Fever by John Masefield, a formerly much-played piano concerto, the hymn tune Love Unknown and the choral motet "Greater Love Hath No Man".

Ireland wrote his only film score for the 1946 Australian film The Overlanders, from which an orchestral suite was extracted posthumously by Charles Mackerras. Some of his pieces, such as the popular A Downland Suite and Themes from Julius Caesar, were completed or re-transcribed after his death by his student Geoffrey Bush.