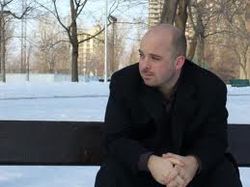 The inspired and multifaceted music of composer John B Hedges has been performed throughout the U.S. as well as Canada, France and England. As a composer and conductor he has worked with the Fort Worth Symphony Orchestra, Ensemble Modern, New Jersey Symphony, Grand Rapids Symphony, Curtis Symphony Orchestra and Chamber Ensembles the Aspen Contemporary Ensemble among others. He has conducted concerts at the Centre Georges Pompidou, Frankfurt Alte Oper, Academie Musicale de Villecroze, the Aldeburgh Festival.

His most recent compositions show a remarkable range: A Shipwreck Opera in One Act in collaboration with fiction writer Aimee Bender; Exeter Riddles, a set of Anglo-Saxon choral works; On the Good Foot a tribute to the late James Brown for large chamber ensemble; and Fantasía sobre Yma Sumac, a concerto for clarinet and orchestra inspired by the eclectic music of Peruvian songstress Yma Sumac. The latter was premiered by clarinetist Victoria Luperi and the Fort Worth Symphony Orchestra where Hedges served as composer-in-residence for the 2011-2012 season and was noted by several critics as the top performance of the season in the Dallas/Fort Worth region. Most recently, a performance of Hedges bass concerto Prayers of Rain & Wind with soloist Joseph Conyers and the Richmond Symphony Orchestra was the highest selling Masterworks series in the symphony's history.

Son of a rock musician, Hedges began studying classical music at the University of Pennsylvania, receiving his B.A. in Music in 1994 and his M.M. from Westminster Choir College in 1997. He then completed post-graduate studies at the Curtis Institute of Music where he studied with Richard Danielpour and Ned Rorem. Hedges spent summers at the Aspen Music Festival where he studied with John Harbison and George Tsontakis and attended the Contemporary Composition and Performance course at the Britten-Pears School (as both composer and conductor.) He subsequently returned to the U.K. to apprentice with Oliver Knussen. In addition, he has participated in the Academie Musicale de Villecroze in France, in the New Jersey Symphony Orchestra’s Composition and Conducting Institute and assisted composer Tan Dun on the Metropolitan Opera premiere of The First Emperor.

Recipient of the Alfre Casselo Award, the Theodore Presser Career Grant and a 2006 Independence Foundation Fellowship, Hedges has also been awarded grants and fellowships from the Pennsylvania Council on the Arts and Meet the Composer, and multiple residencies at the artists’ community Yaddo. Hedges lives in the Philadelphia area with his wife, visual artist Lynn Palewicz their son Bran, and two rabbits named Rose Tyler & Martha Jones.