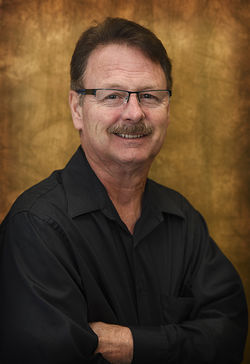 John Alfieri (b. 1953) is an American percussionist and composer.

Mr. Alfieri holds a BM from the State University of New York at Fredonia and an MM from the Eastman School of Music. He has been instructor of percussion and conductor of the percussion ensemble at the Interlochen Arts Academy since 1980. He is also a faculty member for the Interlochen Arts Camp Percussion Institute. Mr. Alfieri has been principal timpanist for the Traverse Symphony Orchestra since 2009. He was the former instructor of percussion at Kentucky State University from 1978 to 1980. While at Eastman he was on the summer preparatory faculty.

He is the recipient of numerous awards including: Kennedy Center Fellowship in the Arts, Outstanding Percussionist Notre Dame Jazz Festival, Who's Who in American Teachers Award, Christa McAuliffe Fellowship, Meet the Composer Grant, and first ever Leading Educator Award from The Congressional Youth Leadership Council.

In addition to regular performances with the Traverse Symphony Orchestra, other performances have included a recital at the Kennedy Center; NPR's Performance Today; numerous Interlochen faculty recitals; and concerts/recitals with Aretha Franklin and Frank Sinatra, Jr.