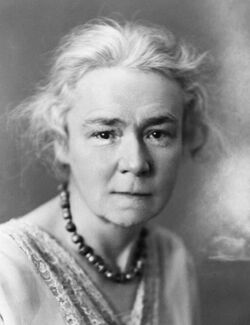 In 1895 she began to study composition (with Iwan Knorr), violin (Adolf Rebner), piano (Karl Friedberg) and organ (Prof. Gelhaar) at the Hoch Conservatoire in Frankfurt on the Main. From 1908 to 1910 she was a pupil of Max Reger who had recognized her musical talent and encouraged her to undertake additional studies in his composition class at the Royal Conservatoire of Leipzig which she completed with distinction in 1909. In 1910 she received the Arthur Nikisch Prize for the best student composition of 1909.

Reger's death in 1916 marked the beginning of a highly creative phase of Johanna Senfter, with numerous compositions and concert performances. In 1921 she founded the Oppenheim Music Society and organized her own concert series during which she even performed works of her own. In 1923 she brought the Oppenheim Bach Society into being and regularly performed cantatas by Bach.