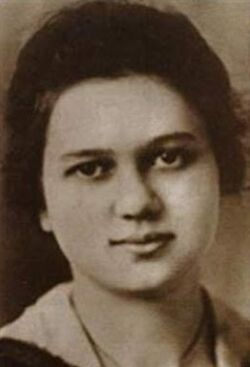 Little is known about Johanna Beyer's life prior to her move to the United States in 1923. She sang for three years at the Leipziger Singakademie and graduated from the Deutscher Konservatorien and Musikseminare, having studied piano, harmony, theory, counterpoint, singing, and dancing. Colleagues in New York recalled that her pianism and musicianship were excellent and that her musical training seemed traditional and solid.

She spent 1911–14 in America, though nothing is known of her activities during those years. Returning to the U.S. in 1923 (according to the biographical notes she provided in a Composers' Forum concert program), she studied at the Mannes College of Music, receiving two degrees by 1928. She taught piano to support herself, and may have taught at Greenwich House Music School, but struggled to make ends meet, resorting at times to WPA work and Ladies Home Aid. In the late 1920s or early thirties she began studying with Ruth Crawford Seeger, Charles Seeger, and Dane Rudhyar, and in 1934 took Henry Cowell's percussion class at the New School for Social Research. Her musical life during these years was intertwined with Seeger, Crawford, Cowell, John Cage, and others in this modernist circle such as Jessie Baetz, a now-forgotten composer and painter who studied with Beyer.

Her most intimate friendship was with Cowell; surviving correspondence reveals a tumultuous, and possibly romantic, relationship between the two composers. Beyer acted as Cowell's informal agent and secretary from 1936 to 1941 on a voluntary basis (only receiving partial compensation in 1941).

Although her music was overlooked during her lifetime and for decades after her death, it was some of the most experimental and prophetic work created during the 1930s. Music of the Spheres (1938) is the first known work scored for electronic instruments by a female composer.