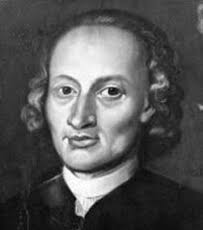 Pachelbel was born into a middle-class family, son of Johann (Hans) Pachelbel a wine dealer, and his second wife Anna (Anne) Maria Mair. During his early youth, Pachelbel received musical training from Heinrich Schwemmer, a musician and music teacher who later became the cantor of St. Sebaldus Church (Sebalduskirche). Some sources indicate that Pachelbel also studied with Georg Caspar Wecker, organist of the same church and an important composer of the Nuremberg school, but this is now considered unlikely. In any case, both Wecker and Schwemmer were trained by Johann Erasmus Kindermann, one of the founders of the Nuremberg musical tradition, who had been at one time a pupil of Johann Staden.

He received his primary education in St. Lorenz Hauptschule and the Auditorio Aegediano in Nuremberg, then on 29 June 1669, he became a student at the University of Altdorf, where he was also appointed organist of St. Lorenz church the same year. He became a scholarship student, in 1670, at the Gymnasium Poeticum at Regensburg. The school authorities were so impressed by Pachelbel's academic qualifications that he was admitted above the school's normal quota. Pachelbel was also permitted to study music outside the Gymnasium. His teacher was Kaspar (Caspar) Prentz, once a student of Johann Caspar Kerll. Since the latter was greatly influenced by Italian composers such as Giacomo Carissimi, it is likely through Prentz that Pachelbel started developing an interest in contemporary Italian music, and Catholic church music in general.

By 1673 Pachelbel was living in Vienna, where he became a deputy organist at the Saint Stephen Cathedral. During his lifetime, Pachelbel was best known as an organ composer. He wrote more than two hundred pieces for the instrument, both liturgical and secular, and explored most of the genres that existed at the time. Pachelbel was also a prolific vocal music composer: around a hundred of such works survive, including some 40 large-scale works. Only a few chamber music pieces by Pachelbel exist, although he might have composed many more, particularly while serving as court musician in Eisenach and Stuttgart. His contributions to the development of the chorale prelude and fugue have earned him a place among the most important composers of the middle Baroque era.

As a composer, Pachelbel was influenced by southern German composers, such as Johann Jakob Froberger and Johann Caspar Kerll, Italians such as Girolamo Frescobaldi and Alessandro Poglietti, French composers, and the composers of the Nuremberg tradition. He preferred a lucid, uncomplicated contrapuntal style that emphasized melodic and harmonic clarity. His music is less virtuosic and less adventurous harmonically than that of Dieterich Buxtehude, although, like Buxtehude, Pachelbel experimented with different ensembles and instrumental combinations in his chamber music and, most importantly, his vocal music, much of which features exceptionally rich instrumentation. Pachelbel explored many variation forms and associated techniques, which manifest themselves in various diverse pieces, from sacred concertos to harpsichord suites.

Pachelbel's music enjoyed enormous popularity during his lifetime; he had many pupils and his music became a model for the composers of south and central Germany. Today, Pachelbel is best known for the Canon in D, as well as the Chaconne in F minor, the Toccata in E minor for organ, and the Hexachordum Apollinis, a set of keyboard variations.