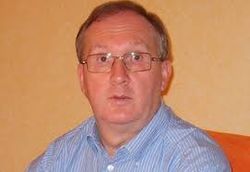 Johan Nijs (b. 11 June 1963, Leuven, Belgium) is a Belgian clarinetist, composer and conductor.

At age ten, he began studying music. He studied music in Tervuren and, while in military service, at the Brussels Conservatory, earned degrees in clarinet, piano, accordion, solfeggio, harmony, and chamber music. His most important teachers were André Waignein and Jan Segers.

He was a musician and later director of the Royal Fanfare St. Lambertus Leefdaal.

Nijs began composing at age 16, and he has won many international composition prizes. His band works are mostly marches and concert pieces. Currently, Nijs is not only active as a composer and arranger, but also works as a guest conductor and adjudicator. In addition, he plays clarinet with the Royal Band of the Belgian Air Force.