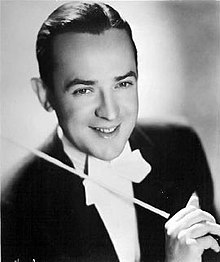 With his brother Tommy playing trombone, he formed Dorsey's Novelty Six, one of the first jazz bands to broadcast. In 1924 he joined the California Ramblers (who were based in New York City). He did much freelance radio and recording work throughout the 1920s. The brothers also appeared as session musicians on many jazz recordings. He joined Ted Lewis's band in 1930, with whom he toured Europe.

Jimmy Dorsey's first hit record was You Let Me Down in 1935. His early band was considered to be more jazz-oriented than his brother's, and recordings of some instrumental swing classics soon followed: Dorsey Stomp, Tap Dancer's Nightmare, and Dusk in Upper Sandusky. The band was featured on 73 of Bing Crosby's Kraft Music Hall radio shows from December 1935 to July 1937, and also backed Crosby on his commercial recordings in the same period.

Known as "JD", Jimmy Dorsey recorded and composed the jazz and pop standards I'm Glad There Is You (In This World of Ordinary People) and It's The Dreamer In Me. His other major recordings were Tailspin, John Silver, So Many Times, Amapola, Brazil (Aquarela do Brasil), Pennies from Heaven with Bing Crosby, Louis Armstrong, and Frances Langford, Grand Central Getaway, and So Rare. He played clarinet on the seminal jazz standards Singin' the Blues in 1927 and the original 1930 recording of Georgia on My Mind, both inducted into the Grammy Hall of Fame.