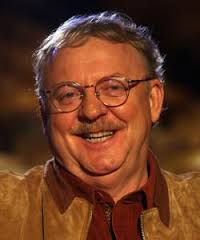 Jim Jacobs (b. 7 October 1942, Chicago, Ill.) is an American composer, lyricist, and writer for the theatre.

Jacobs attended Taft High School, during which time he played guitar and sang with a band called DDT & the Dynamiters. When he was 11, his idol was Bill Haley, but when he was fourteen it was Elvis Presley. He also cites Buddy Holly, Little Richard, and Jerry Lee Lewis as influences.

When he was a teenager, he would imitate playing a guitar with a broomstick. He eventually convinced his parents to pay for guitar lessons. After four lessons, he quit and decided to buy a guitar book and teach himself. From this, his found a simple chord structure: C, A minor, F, G7—this would later be Those Magic Changes featured in Grease.

In 1963, he became involved with a local theatre group that included Warren Casey, The Chicago Playwrights Center. For the next five years he appeared in more than fifty theatrical productions in the Chicago area, working with such people as The Second City founder Paul Sills, while earning a living as an advertising copywriter. He also landed a small role in the 1969 film Medium Cool.

Jacobs' Broadway acting debut was in a 1970 revival of the play No Place to be Somebody, followed by the national tour. Jacobs also acted in the film Love in a Taxi.

At the same time, he and Casey were collaborating on a play about high school life during the golden age of rock 'n' roll in the 1950s. Entitled Grease, it premiered in 1971 at the Kingston Mines Theater in the Old Town section of Chicago.