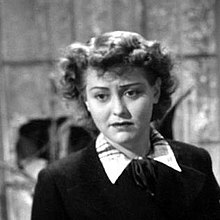 Jackson-Miller entered show business as a radio actress before entering films in 1934. She appeared in approximately 20 films, playing small bit roles. Modern viewers will recognize her work in three 1937 Three Stooges films, Dizzy Doctors, Back to the Woods and Cash and Carry.

In addition to her film work, Wood composed the song Let There Be Peace on Earth (1955) under the name Jill Jackson-Miller, having adopted her surname from husband, songwriter Seymour Miller. The song was popular enough to be used in the American Peace Crusade and earned her George Washington Honor Medal from the Freedoms Foundation The pair also composed most of the songs for the television special Imagine That! (1971) starring Dora Hall.