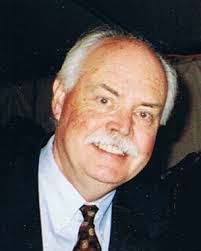 Jerry Donald Kracht (b. 16 February 1941, Cherokee, Iowa) is an American composer and educator.

Dr. Kracht is Emeritus Professor of Music at Pacific Lutheran University in Tacoma, Washington, where he conducted the University Symphony Orchestra and taught clarinet for thirty-three years, and was also a founding member of the Camas Wind Quintet and the Regency Concert Series there. In addition, he served for twenty-five years as artistic director and principal clarinetist of the Second City Chamber Series in Tacoma.

Since retiring from those positions in 2001 and 2007, respectively, he has concentrated on composing and arranging, with original works for band, orchestra, choir, and various chamber ensembles now to his credit, along with numerous chamber ensemble arrangements and transcriptions. His works have been performed at Pacific Lutheran University, Second City Chamber Series, the Methow Music Festival and the Russian Chamber Music Foundation of Seattle, as well as numerous churches and Classical KING-FM 98.1.