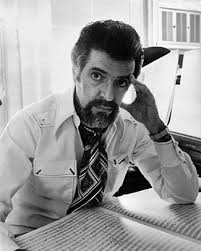 After trying the trombone, Fielding took up the clarinet and joined the school band. He was offered a scholarship to the Carnegie Institute for Instrumentalists. After a short attendance, because of ill health he was bedridden for two years with an undiagnosed ailment. While housebound, he listened to the radio, and became a fan of the big band sound and Bernard Herrmann’s music for Orson Welles’s radio dramas.

After being questions about Communist connections by the House Un-American Activities Committee in 1953, Fielding was blacklisted on radio and television, but was welcomed in Las Vegas. Fielding's career as a film composer did not begin until 1962, when leading Hollywood director Otto Preminger, himself a refugee of Nazism, hired him to compose the score for his all-star, Washington DC-based adaptation of the best-selling novel, Advise and Consent. He thereafter went on to a successful career writing for film and television, such as Hogan's Heroes; Run, Buddy, Run; He & She and The Bionic Woman.