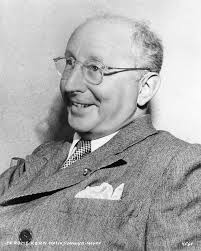 Jerome David Kern showed unusual musical ability at an early age. He began music study with his mother, followed by piano with Paolo Gallico and theory with Albert von Doenhoff. After graduating from Newark (New Jersey) High School, he entered the New York College of Music, where he studied piano with Alexander Lambert and theory with Austin Pierce. He hoped to go to Europe for more study, but his father (Henry) insisted that Jerome help with his merchandising business in Newark. Shortly after going to work in 1902, he was sent to New York to buy two pianos but bought 200 by mistake. This error convinced his father that Jerome should study music, preferably abroad.

Kern went to Europe in 1903, heard a variety of music, took some private lessons, and after writing a number of incidental songs in London for the American producer Charles Frohman, knew that he was destined to write popular music, not symphonies. He spent some time in Heidelberg, returned to the U.S. in 1904, and quickly headed for Tin Pan Alley. He worked as a song plugger and sheet music salesman with Shapiro, Bernstein & Co. for two years before beginning a long tenure at T. B. Harms, Inc. After he had written many songs and had collaborated on several shows, Kern’s Very Good Eddie (1915) marked a turning point in his career as well as in the history of the American musical theater. Following the success of numerous musicals, including Showboat in 1927 and Roberta in 1933, Kern went to Hollywood to work on the film version of the latter. He stayed for a decade, composing a dozen more film scores. Kern was 30 when his theater music was recognized as “the opening chorus of an epoch which marked a change, a new regime in American popular music.” When Kern died 30 years later, President Harry Truman wrote his widow, Eva, “Jerome Kern’s melodies are the kind of simple, honest songs that belong to no time or fashion.”

Kern was an influential and award-winning composer. He became vice president of Harms, Inc., and in 1914 was a charter member of the American Society of Composers, Authors, and Publishers. Kern composed over 1,000 songs and more than 100 scores for stage and screen. In 1927 alone he produced seven Broadway shows. In 1982 more than 175 of his unpublished songs were discovered among 80 Warner Bros. crates in a New Jersey warehouse. Kern’s songs were easy, yet subtle and sophisticated. He won Academy Awards for The Way You Look Tonight (1936) and The Last Time I Saw Paris (1941). Other favorites were All the Things You Are, Bill (used in both Oh, Lady! Lady! in 1918 and Show Boat in 1927), Look for the Silver Lining, Lovely to Look At, The Night Was Made for Love, Smoke Gets in Your Eyes, They Didn’t Believe Me, Why Was I Born?, and the perennial favorites from Show Boat. With Oscar Hammerstein II as lyricist, Kern wrote music for the shows Sunny (1925), Show Boat, Sweet Adeline (1929), Music in the Air (1932), Roberta (1933—Bob Hope’s first success), and Very Warm for May (1939). The most popular of 50 different titles listed for band in THEOBM (three or more arrangements) include All the Things You Are, Jerome Kern Songs Selections, Music in the Air (The Song Is You), Roberta Selections, Roberta (Smoke Gets In Your Eyes), Show Boat (Make Believe, 01’ Man River & Selections), The Song Is You, The Way You Look Tonight, and Who? Other popular band titles include Jerome Kern Fantasy (Hunsberger) and A Tribute to Jerome Kern