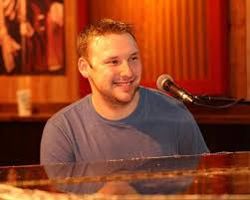 His first piece, Havasu Falls, commissioned by fellow Bradley alumna Ashley Stewart for the 7th and 8th Grade Concert Band at Central Intermediate School in Washington, IL, was accepted for publication by Alfred Publishing in 2011. The following year, his piece The Black Eagles, dedicated to his brother Lieutenant Eric J. Bell and member of the world famous Black Eagles squadron, was published by Chesford Music Publications. His works Forgotten Heroes, Reign of Fire, Dream Tides, The Wind Racers, and Escape from Dead Raider’s Hollow also have been accepted for publication.

Jeremy has been active as a band and choral composer while simultaneously working on developing his commercial composition portfolio. In addition to composing, Jeremy is also an active dueling piano entertainer who enjoys making the audience laugh and have as much fun as possible.