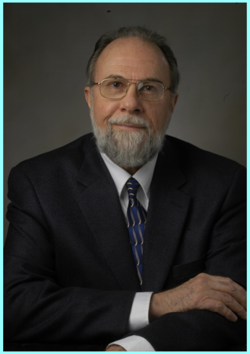 Jere Hutcheson (b. 1938, Marietta, Georgia) is professor of composition at the Michigan State University College of Music. He received a doctor of philosophy from MSU. He is the recipient of numerous awards and commissions, including fellowships from the Guggenheim Foundation, the Berkshire Music Center, and the Annual Composers Conference.

Grants he has received include funding from the Martha Baird Rockefeller Fund for Music. Hutcheson's publications include various articles, a two-volume theory text, Musical Form and Analysis, and more than 100 compositions. He has been cited by the National Music Teachers Association as Distinguished Composer of the Year and has received a prestigious research fellowship from the John Simon Guggenheim Memorial Foundation.

Jere Hutcheson achieves a symphonic sound in his band scores – a sound more akin to that of the orchestra than the band. When asked how he manages this, he responded: “My training was in piano. I never played in an orchestra or band. I come to my scoring through my fingers on the keyboard. My inner ear helps me imagine and choose the sounds I like.” He has returned to the band medium often.