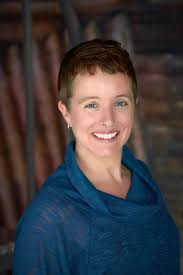 Jenni Brandon (b. 1977) is an American composer and conductor.

Ms. Brandon has been commissioned to write music for soloists, chamber ensembles, concertos, opera and orchestra. Her music appears on over 20 albums, and has been awarded the Sorel Medallion, American Prize, Paderewski Cycle, Women Composers Festival of Hartford International Composition Competition, and Bassoon Chamber Music Composition Competition among others. She also runs her own publishing company, Jenni Brandon Music, which publishes and distributes her works.

As a conductor she often conducts her own works and works by living composers. She conducted her one-act opera 3 PADEREWSKIS in the Terrace Theater at the Kennedy Center in 2019. She also presents workshops and talks on collaboration and the business of music, striving to create a supportive environment where collaboration leads to an exploration of ideas.