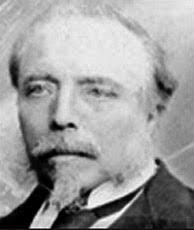 Jean-Baptiste Singelée studied at the Royal Conservatoire in Brussels. He was the violin soloist at the Théâtre Royal de la Monnaie and directed orchestras there and in Ghent. Singelée was one of the first composers to treat the saxophone as a serious classical instrument, evidenced by his composing over 30 Solos de Concours for saxophone and his students at the Paris Conservatory.

As a longtime friend of Adolphe Sax, the inventor of the saxophone (they met as students at the Royal School of Music), he encouraged Sax to develop the four principal members of the saxophone family, and composed what is very likely the first work ever written for the saxophone quartet, his Premier Quatuor, Op. 53, completed in 1857.

In addition to his saxophone works, Singelée is credited with composing 12 concertos, many solo works for violin and other instruments as well as music for ballet.