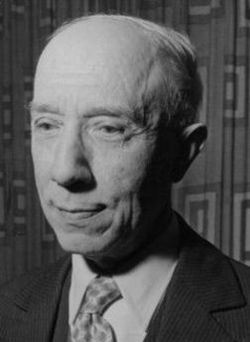 His teacher there was Alphonse Oeyen, organist at the basilica of Bonsecours. From 1913 he studied organ and harmony at the Brussels Conservatoire, but upon graduating, decided to concentrate on composition instead.

In 1922 Absil won the Belgian Prix de Rome and in 1934 the Prix Rubens, which allowed him to travel to Paris. Here, he met fellow contemporary composers Ibert, Milhaud, and Honegger. Absil gained international prominence with the premiere of his first piano concerto (op. 30), composed for the 1938 Queen Elizabeth Competition for Piano (Ysaye).

From 1930 onwards, Absil taught harmony at the Brussels Conservatoire, becoming a professor of counterpoint there six years later. Amongst his Conservatoire pupils was Paul Danblon. He also taught at Chapelle Musicale Reine Elisabeth and the Etterbeek Music School. During this period also, he was, with Charles Leirens, the first editor of the Revue Internationale de Musique (1936–1952). From 1955 he served as a member of Belgium's Royal Academy.

Initially, Absil was influenced by the late Romantic school, particularly Wagner and Richard Strauss. Around the time he made his trip to Paris in 1934, he began to adopt a more modern style. This included the use of polyphony and polymodal structures, influenced by contemporary composers such as Milhaud and Schoenberg.

Unusually prolific from his 20s to his late 70s, Absil concentrated especially on writing piano works; he was himself a skilled pianist. His last finished composition was the Piano Concerto no. 3, op. 162.

Non-piano music of Absil's includes one opera, Les Voix de la mer, and a cycle of five symphonies, the first of which (op. 1) he composed at 27, when he was a pupil of Paul Gilson. It won the Prix Agniez in 1921.