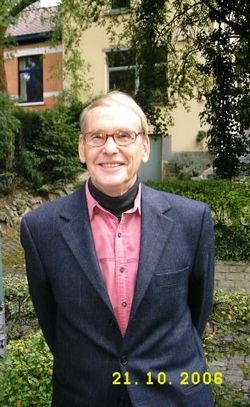 After his Greco-Latin humanities, he entered the Brussels Royal Conservatory where he won many first prizes, mainly in the area of composition (harmony, counterpoint, fugue) and the Gevaert Prize. He studied composition with André Souris and Marcel Quinet and conducting with René Defossez.

Simonis won the Belgian Rome Prize and numerous awards for composition, as well as the SABAM Prize in 1989 for his body of work and the Queen Elisabeth Music Competition for Evocation and Notturno, both for piano.

He was an honorary professor at the Brussels Royal Conservatory, and since 1974 professor of harmony, counterpoint and fugue at the Music Chapel Queen Elizabeth.

He was elected member of the Royal Academy of Sciences, Letters and Fine Arts of Belgium May 7, 1987, after being elected a corresponding member June 13, 1985. He was director of the Section of Fine Arts in 1997.