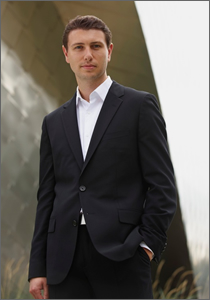 Jayce Ogren (b. 1979, Hoquaim, Washington) is an American composer and conductor. He studied at St. Olaf College (bachelor’s degree in composition, 2001), and the New England Conservatory (masters degree in conducting, 2003). He has served as a conducting apprentice with the Royal Stockholm Philharmonic Orchestra. He recently completed a post-graduate course in orchestral conducting at the Royal College of Music in Stockholm, Sweden. He has served as a guest conductor with a large number of European and American orchestras.

As a composer, Ogren has written music for orchestra, chorus and wind ensemble.