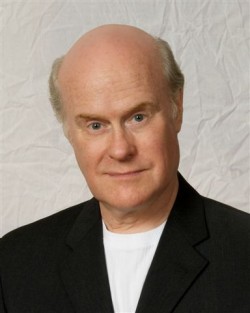 Jay Krush (b. 10 May 1953, Philadelphia, Penn.) is an American tubist, composer, arranger, teacher and conductor.

Krush holds a bachelor's degree in composition from the Eastman School of Music and a master's in performance from Northwestern University, where he studied with the Chicago Symphony's Arnold Jacobs.

Mr. Krush is also a tubist with the Pennsylvania Ballet Orchestra and on the faculty of the Boyer College of Music at Temple University where he teaches tuba and euphonium and directs the Contemporary Music Ensemble.

As a composer he has written over seventy works, including two symphonies, for a wide variety of media and has received grants and awards from the National Endowment for the Arts, the Pennsylvania Council on the Arts, the American Composers Forum and others.

A founding member of the Grammy Award-winning Chestnut Brass Company, he has performed on tuba and historical brasses with that ensemble for twenty-five years, touring to forty-nine of the U.S. States and to Europe, South America, Asia, Canada and the Caribbean.