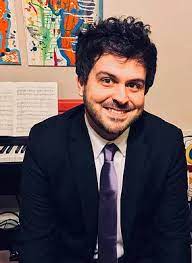 Jason A. Spraggins (b. August 1980, Bell, Tennessee) is an American composer and educator.

As a high school musician, Mr. Spraggins achieved membership in the All-West Tennessee Honor Band and, as a senior, received the John Phillips Sousa Award. He was also the 1998 recipient of the Joe Kincaid Memorial Scholarship for Musicians. Jason later earned his Bachelor of Music degree in music education with an English minor from Lambuth University in Jackson, Tenn. and his Master of Arts in education from Bethel University in McKenzie, Tenn. Currently [2021], he is pursuing his Ed. S. degree with Austin Peay State University.

Mr. Spraggins has taught instrumental music privately and in the classroom since his graduation. Most recently, he served as the music teacher and band director at Haywood Middle School in Brownsville, Tenn. In August of 2016, Jason became the Tennessee educational field representative for Amro Music Stores.

In 2004, Spraggins wrote the script and songs for a two-act Christmas musical entitled Beyond Bethlehem, performed twice locally. He collaborated on Crawlspace: a true crime musical thriller (as lyricist and book writer) with composer Matt Glickstein, and an album of original songs that UK artist Stefan Kelk is producing. Also, Jason is working with his long-time collaborator, Andy Brown, on a new children's musical titled It Isn't Easy.