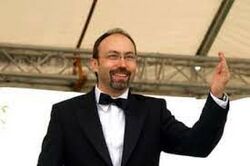 Col. Šíp studied trumpet at the Military Music School in Roudnice nad Labem and at the Prague Conservatory, and from 1994 has conducted at the Military Conservatory. In 1997 he joined the Central Army Band in Prague and became deputy director in 2000. Today, as lieutenant colonel, he is the chief and artistic director of the Czech Army Central Band and successfully continues the tradition of famous conductors with this band.