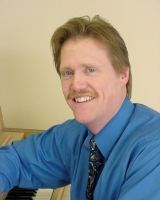 Written in ABA form, Japanese Pictures uses the Japanese folk songs Hora Nera, Nen Nero and Ichi Kake, Ni Kakete as its primary material. Western style harmonies, as suggested by the melodies, are used throughout the work, and the concert percussion parts are written to evoke the sounds of a traditional taiko ensemble. Royalties from Japanese Pictures are donated to Music for Relief, an organization that provided supplies, food, and construction materials for victims of the massive tsunami that hit Japan in 2011.

Japanese Pictures draws inspiration from both traditional and modern Japanese music. The harmonies are western as suggested by the accompanying melodies, and the percussion is styled like a taiko drum ensemble. Both your band and audience will find this piece intriguing and unique.