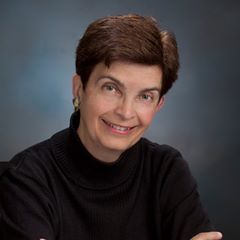 Ms. Bate earned her B.A. from Smith College, during which she studied arranging at the Eastman School of Music's summer Arranger's Workshops under Ray Wright and Manny Albam. Her educational backround is well rounded with private study in both jazz piano (with Ray Cassarino and Walt Gwardyak at the Hartford Conservatory) and in composition with Dr. Stephen Gryc of the Hartt School of Music. She also holds graduate degrees in music education from Central Connecticut State University.

Jane taught instrumental music in the Cheshire, Conn., public schools for many years while also teaching piano privately. Performing has been an important part of her life as well. She has satisfied that interest by playing piano and synthesizer for Seven Angels Theater in Waterbury, Conn. (as well as many other are theater groups), accompanying the Lady Luck trio and various voice studios and school performances, and by playing bassoon in the Bristol and Plainville Wind Ensembles.

Retirement from teaching has paved the way to a new and exciting career in composition.