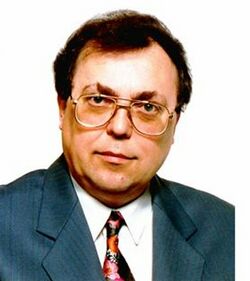 Pavel was a graduate of the Kromeriz Conservatory of Music, who was a most versatile musician familiar to the general public as conductor, choirmaster, musical pedagogue and composer. He was a member of the Musical Artists and Scientists Association and he cooperated with significant musical ensembles, with the Czech Radio Broadcast and Czech TV. He engaged in pedagogical activity at the Elementary School of Arts Zerotin in Olomouc. He also gave lessons to students of Choir Direction and Conducting at the Philosophical Faculty of Palacky University in Olomouc in the Institute of Musicology.

Prior to 1989, Jan Pavel asserted himself very rarely and composed for his own need or upon requests from friends, since he was not considered in favor by the government’s political-artistic authorities. At this time, he composed a sacred vocal music for use in church and instrumental pieces for pupils in the music schools. He markedly affected the sphere of brass instruments and gradually became recognized among the established composers when his pieces for brass orchestras were finally executed on radio and TV programs.

After the Velvet Revolution in 1989, Jan Pavel was accepted as an artist and his compositional life was prolific. During this rich period, he composed pieces for symphonic wind ensembles to be played at festivals and competitive performances. However, focus was placed on the current needs of music education: that is, for instructive compositions. He also occupied himself with transcriptions of pieces and wrote lessons for tuba, euphonium, bass bugle-horn, trombone and French horn.