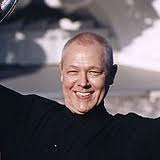 Since 1974 Mr. Self has worked as a recording studio tubist for all of the major Hollywood studios, performing on over 1500 motion picture sound tracks and hundreds of television shows and records. Major films featuring his solos on John Williams scores include Jurassic Park, Home Alone I & II, and Hook. His career-defining solo was as the voice of the mothership in Close Encounters of the Third Kind.

In addition to playing tuba, Self is a published composer and arranger. He has written about 35 titles for brass, string and woodwind chamber music, as well as many works for band, orchestra, solo tuba and trombone. Self is the principal tubist of the Pacific Symphony, which commissioned him to write a feature work, Tour de Force, performed in April 2008 at the Symphony's home in Orange County.

Jim Self has taught at the University of Southern California since 1976. At USC Self teaches tuba and coaches brass chamber music. He has also taught at such festivals as Music Academy of the West and the Henry Mancini Institute.