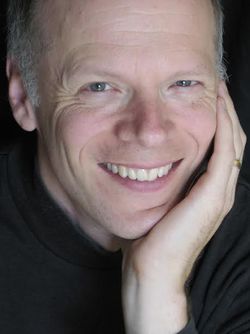 Rolfe studied composition with John Beckwith at the University of Toronto and Jo Kondo in Japan.

Although Rolfe's chamber, vocal, orchestral, and piano works are widely performed, he has become most noted for his operas. Beatrice Chancy, an opera set in Nova Scotia during the 19th century, was produced in 1998 by Toronto's Queen of Puddings Music Theatre Company and was subsequently filmed for television by the Canadian Broadcasting Corporation in 2000. Rolfe has since composed the children’s opera Elijah’s Kite, which explores bullying among children,in 2006; Rosa in 2004, and Aeneas and Dido in 2007. Rolfe is currently composing a new opera for the Canadian Opera Company with librettist Anna Chatterton.

Rolfe was the president of the Canadian League of Composers (2007–11) and has won awards for his music, most recently the 2006 Jules Léger Prize for New Chamber Music and the 2009 SOCAN Jan V. Matejcek New Classical Music Award.