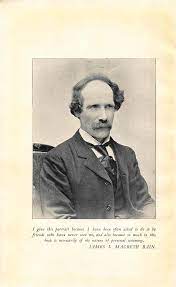 As a spiritualist minister, he worked among the poor, and was the author of a number of religious books. He is known, however, as Brother James and as the composer of the famous Brother James' Air.